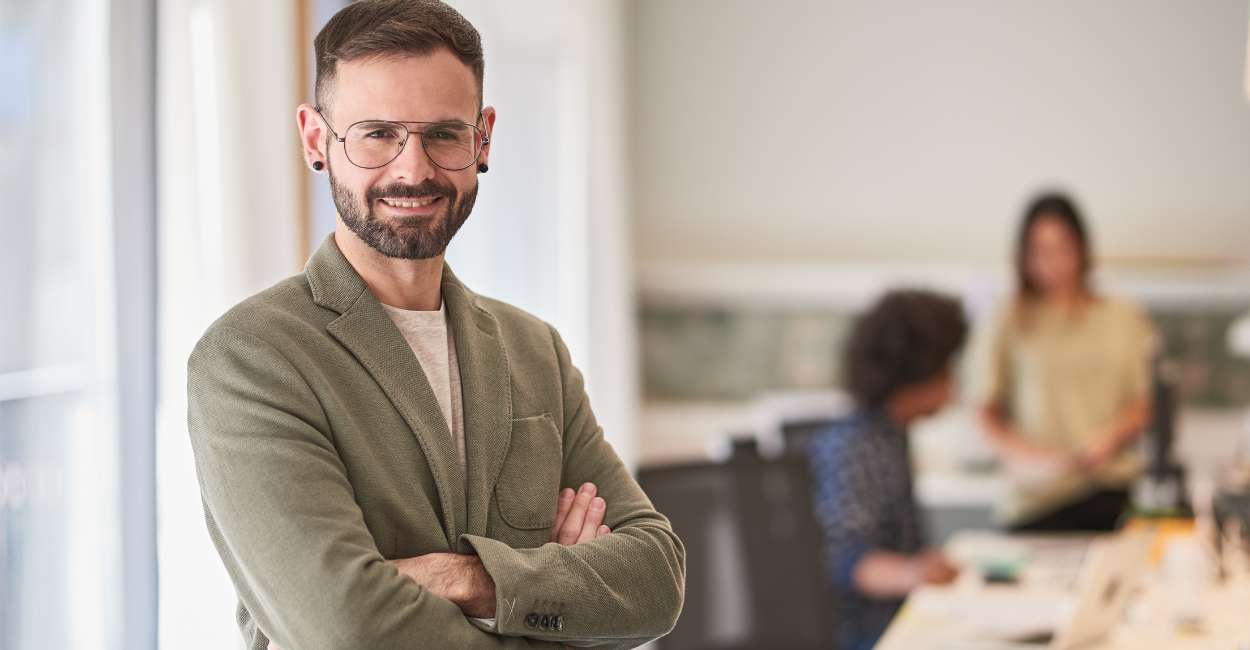 INTJ Myers Briggs is typically logical and conceptual. They are independent thinkers who prefer to work alone and spend as much as possible in their creative world.

Given their ability to think logically and intuitively, they always see opportunities in every small aspect of their life. People with INTJ personalities can write success stories par excellence.

They are organized and planned in their approach and tend to take life seriously. Others find them too confident at times, thus they are not popular socially.

At times, INTJs can become too critical and find it hard to put aside their judgmental side. In such situations, they lose their social popularity and others see them as arrogant and haughty.

But whatever it is, INTJs have big goals to fulfill in life. They are the visionaries of a bright future.

SUMMARY
INTJ Myers Briggs is reserved and private. They have a rich inner world that is creative and always thinks out of its way. They are nerdy, intelligent, smart, and highly ambitious. INTJs are emotionally inexpressive and may not connect with the finer emotional undertones of themselves and others. They are born to win and thus behave like a perfectionist.

The Myers-Briggs Type Indicator (MBTI) is one of the most common personality assessment tests in the world. This test divides human beings as having sixteen different personality types.

One of those is the INTJ personality type. The term INTJ stands for introverted, intuitive, thinking, and judging type of personality.

People commonly call INTJs as “the architect” personality. They have a very strong creative mind. They are generally smart and intelligent. They use a combination of this intelligence and creativity to their advantage in their daily lives.

INTJs normally do not like to be in the company of others. They rather prefer to keep to themselves, but their mind is always working. Hence, they are proactive, but in a mental sense and not in a physical way.

They are serious, reserved, and maintain a low profile social life. Being an introvert, they are choosy about who they interact with.

These individuals hate small talk and find it mundane and boring. You will never find an INTJ engaging in chit chatting and time pass conversations. They are always keen to join in intellectual brainstorming sessions.

INTJs are highly organized and methodical. They use their intuitive power to foresee future possibilities. They are creative dreamers who are passionate about pursuing unknown paths in life. They are explorers who are always open to new learning.

The INTJ personality type is less expressive because their feeling function is poorly developed. They will internalize their negative emotions as well and feel stressed out when things do not fall in place as per their wish.

Sometimes, they may find it hard to mingle with people who are not as intellectual as them. Thus, they are also seen as arrogant and judgmental in social spheres.

They are ambitious, smart, dominating, and fiercely confident. INTJs are loners, so they prefer autonomy above anything else in life. They have a progressive mindset and never settle for anything lesser than their merit.

As we have mentioned before, the acronym INTJ means an introverted, intuitive, thinking, and judging type of personality. But what does each of these terms mean? We will find out below.

INTJs are shy by nature. They like to keep a low profile. They generally prefer to keep to themselves and avoid the company of other people. As a matter of fact, INTJs spend a lot of time alone, on their own. This is because it gives them peace of mind and clarity of thought. They use this alone time to remain immersed in their own thoughts.

What does it mean to have an intuitive mind? For an INTJ, it means having a curious mindset. They generally base all of their ideas and decisions on strong evidence that they can see. They also have a strong set of morals and values which they give strong importance to.

People with the INTJ personality have a strong rational mind. They are strong-minded and determined. They have the mental strength to turn any challenge into an opportunity for personal growth and development.

INTJs give a great deal of importance to properly analyzing and researching about any situation before getting started on it. They prefer to gain prior knowledge about something, and then use this knowledge to their advantage.

INTJs are often very well-organized. They have proper plans ready at all times. They prefer to have a fixed schedule when starting a task. They want to do everything to ensure that they stick to that schedule under all scenarios.

These individuals also give a strong importance to rules and regulations. They can generally relate facts with their intuitions to judge any situation and any person.

The Personality Profile of an INTJ

Now that we have an idea about what makes someone an INTJ, let us talk a little bit about the personality profile of a typical INTJ individual.

If you have an INTJ type of personality, you are probably shy and introverted. You do not like to go out much. You would rather stay indoors and spend some quality alone time, rather than go out and party.

You use this alone time to think about a wide range of things. This is because your mind is always working. You have a very curious mindset. You like to be knowledgeable about many things.

You always try to find the root cause whenever you face a difficult situation. You are very good at overlooking small details and think of the bigger picture instead. But, if the situation demands so, you are also capable of paying attention to detail. This makes you extremely skilled at problem solving.

You hate being under the limelight. Being the center of attention is not for you. Instead, you prefer to stay behind the scenes and orchestrate things. This is why your friends may label you as “the architect” or “the mastermind” or “the planner”.

Indeed, you love to plan and organize things. You love to always stay updated and on the top of any situation. You do not like sudden changes to your plans.

But at the same time, you have a very rational mindset. This means that you are very good at logical reasoning. You have your own inner sense of morals and ethics.

You give a great deal of importance to these internal moral standards. Because of this, you will not blindly do anything just because someone else tells you to. You can judge every situation from a neutral perspective. This gives you the ability to understand other people’s points of view.

You tend to have high standards about yourself. This can be a good thing, as it increases your self-confidence. You normally do not care about what other people say about you. You just want to live your own life and follow your own ideals.

A combination of all these qualities makes you quite adaptable. You have a very fluid mindset and can adapt to difficult or challenging situations with ease.

How common are INTJs?

Among the sixteen different personality types, INTJ is the third rarest. Only 2% people in the world have an INTJ type of personality.

Female INTJs are especially rarer. In fact, it is the rarest personality type among women. Only 1% of the women in the world are INTJs.

Among men, 3% have the INTJ personality. So, we can say that they are quite rare in terms of their presence in the general population.

Some of the Bestselling authors Jane Austen, Isaac Asimov, and Lewis Carroll were also INTJs. Famous scientists Sir Isaac Newton and Stephen Hawking also had an INTJ type of personality.

Among famous fictional characters, Gandalf from Lord of the Rings, Walter White from Breaking Bad, and Petyr Baelish and Tywin Lannister from Game of Thrones were also INTJs.

There are certain things that INTJs love in their daily lives.

What Do INTJs Hate?

Below are some of the things that INTJs absolutely hate.

INTJs learn best through theoretical concepts. They usually prefer an open-minded learning environment. But still, they can adapt quite well to a structured learning style.

They learn best when they are given a framework for the things to learn. This helps them to learn things independently and complete their due tasks on time.

Their learning style is described below.

Overall, in this article, we have given a brief overview of the INTJ personality type. To recap, INTJ indicates an introverted, intuitive, thinking, and judging type of individual.

We have also provided a personality profile of a typical INTJ individual, along with what they love, what they hate, and their learning styles.

We should remember that every person is unique in their own way. But if you have a friend who has the INTJ personality type, we hope that you will find this article useful in order to get to know them better.