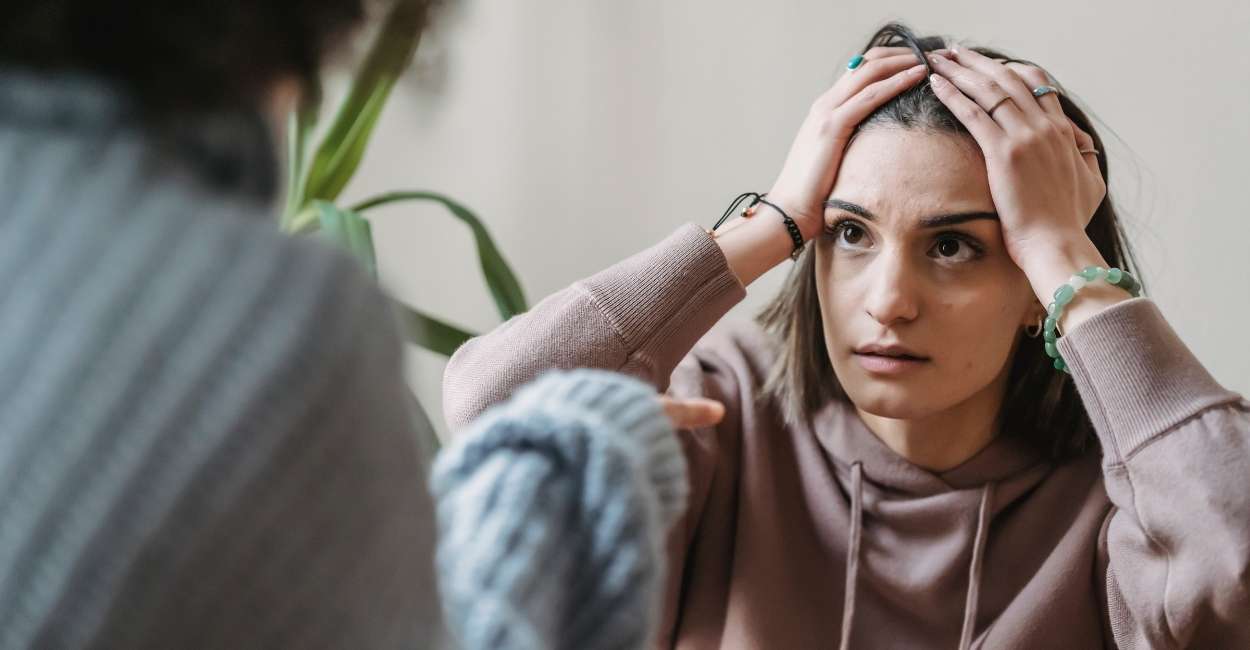 Here to find out about type D personality fears, dislikes, and turn offs?

Well, yeah, they’re almost always afraid of something or the other… everything makes them feel anxious. But there are specific things that trigger the negativity the most.

So, if you want to know about those, you found the perfect place! This think-piece listed everything they fear and hate in great detail. Next time you hang out with them, make sure you avoid triggering any of those and you can have a gala time together.

C’mon, don’t wait any longer and hit the list…

People with type D personalities are known for their irrational fear of rejection and judgment. Everyone knows that they avoid socializing due to it. So, often they’re referred to as introverts for it. However, is that the only fear? Or, do they have much more issues?

1. Risks are their number one enemy

Type D individuals are always worried that the worst awaits them. They find it difficult to perceive their life from a positive angle. Whenever they begin something new, instead of feeling hopeful for a better future, they fear that things might go wrong.  Even if you remind them to think positively, they can’t!

So, if their undertaken decisions or tasks already have some risks, that makes them unable to process anything. They can’t breathe, sleep, or eat without obsessively worrying about the form of risks, when they might become evident and how badly they might hurt them.

It can lead to sleepless nights and dark circles around their eyes. They might be unable to cope with the task or even avoid making such risky decisions and miss great opportunities.

2. Persistent people put them off

People with type D personality traits also hate persistent people. They have high social inhibition (i.e., they avoid socializing with others at all costs), but people take it as being introverted.

Some people believe that introversion can be fixed if an extrovert can convince them into joining their outing. So, they force type Ds into joining them against their wishes.

On the other hand, a type D person refuses it but due to their poor convincing skills, they might not succeed in it. In the end, they join an outing or party against their wishes but don’t enjoy it at all. This is one of the greatest nightmares of a type D individual.

3. Frequent and unfavorable changes bother them

Folks with this type of personality live their day-to-day life in an organized manner. They might have journals filled with a to-do list for their daily life. They might religiously fill them and cross them out when they successfully end a task. Bottom line: they live a pre-planned life.

In this situation, where they have their tasks and activities for the rest of the week planned out… when some random change drops, they feel tremendous negative emotions.

All the plans go to waste along with a great deal of time and mental energy they devoted to it. They feel they’re unlucky or cursed because such things only happen to them.

Moreover, they also feel bummed out because they need a fresh to-do list for their life. If such changes happen frequently, type Ds feel extreme emotional distress.

4. Instability is a scary truth they deal with

Type Ds can’t handle instability in any area of their life. Suppose, they’re financially unstable, they’ll imagine all the troubles they might meet in life due to lack of money.

They might imagine a scenario where they don’t have enough money to pay for a loved one’s medical treatment or food. They might overthink a situation where they can’t pay their rent and mortgage and become bankrupt.

Instead of calmly seeking ways to earn more money, they might be too consumed in their negative thoughts.

5. Untidiness ticks them off

A messy environment is another of a type D’s enemies. They just can’t take that things are all over the place. It makes them feel scared that if they need something, they might not find it and it might cause a major issue.

People usually assume that a type D individual keeps their files in the workplace in an alphabetical order… or that they have everything in their kitchen cabinets sorted all the time. But it’s more intense than that.

6. They never want to be treated aggressively

Whether in their romantic relationships or with a stranger they hardly know for two hours, they can’t stand being treated aggressively.

They already have extreme self-esteem issues and doubt themselves in every instant of life. So, if they feel hostile feelings from someone close or someone that hardly knows them, they’ll feel even more self-conscious and low.

7. Disrupted routine can agitate their nerves

Type Ds have a set morning and night routine. Though everyone’s unique and some have a 20-step routine while others have a 3-step routine, the routine exists in every D-type’s life.

Even if they say they don’t have one, they just unconsciously follow it. And they get intensely irritated if anything or anyone disrupts their routine.

For instance, they might want their caffeinated beverage brewed in a particular way and at a sharp time. If the rules aren’t followed, they either go on a rampage for the entire day… or they feel distressed that their entire life is flawed.

Of course, this spoils their mood for the entire day and they feel irritated about everything. They find faults with every little detail in their life.

Go ahead and surprise a type D person with champagne or roses, they’d love to receive such pleasant surprises… but the actual problem lies elsewhere.

If you appear at your type D lover’s doorstep at 12 in the night with those gifts… they won’t appreciate it, especially if they’re an early bird. They’ll be so annoyed because you interrupted their sleep.

On the other hand, if the surprise is a bad kind… like you were supposed to go on a vacation together and then you can’t make it because of family or work issues… that’s where their negativity chants intensify.

Type Ds also can’t stand uncertainty and they feel afraid of the future. They dread that the future is gloomy and that they might lose everything in the coming days. Often, they question their decisions and feel anxious about whether they did the right thing or if they needed more time.

A type D person might imagine too many negative outcomes of their decisions. Out of fear of those, they endlessly map backup plans for these imaginary crises. They’re so paranoid of something going wrong in the future, they might even overlook their present obligations.

In any area of their life, a type D person will definitely not let a disagreement escalate into a full-blown fight. They fear it so much that they might even accept others’ requests against their consent.

It doesn’t matter if they’re inconvenienced, they’ll do everything possible to avoid extreme negativity with others just because they didn’t want something.

Clearly, they’re troubled with setting boundaries and maintaining them. This calls for a serious mental health checkup. Otherwise, they’ll put themselves in the worst spot someday and still put up with it.

11. They have a serious fear of rejection and unfair judgment

People with type D personality traits also suffer from extreme social inhibitions. They avoid social interactions with new people. They don’t want to introduce themselves to strangers because they worry about being unfairly judged.

Usually, they feel insecure about their capabilities, strengths, and talents. They feel they’re much less worthy than their peers. So, they feel shy to express their true selves.

They worry that others might assume something about them and reject them. They don’t want to feel like they’re cast away, so they completely avoid socializing.

D-types need urgent medical advice, diagnosis, or treatment for their irrational fear but they hardly notice this need.

If you’re close to a type D person in any area of your life, reach out to them. They need help with their extreme negativity urgently. However, most of them aren’t aware of it.

They feel their compulsive pessimism is natural and they can’t get rid of it. However, try to communicate with them. Let them know that it’s curable and they can lead a healthier life. And all they need to do is to seek the experts.

Support them in their journey and motivate them to keep going.