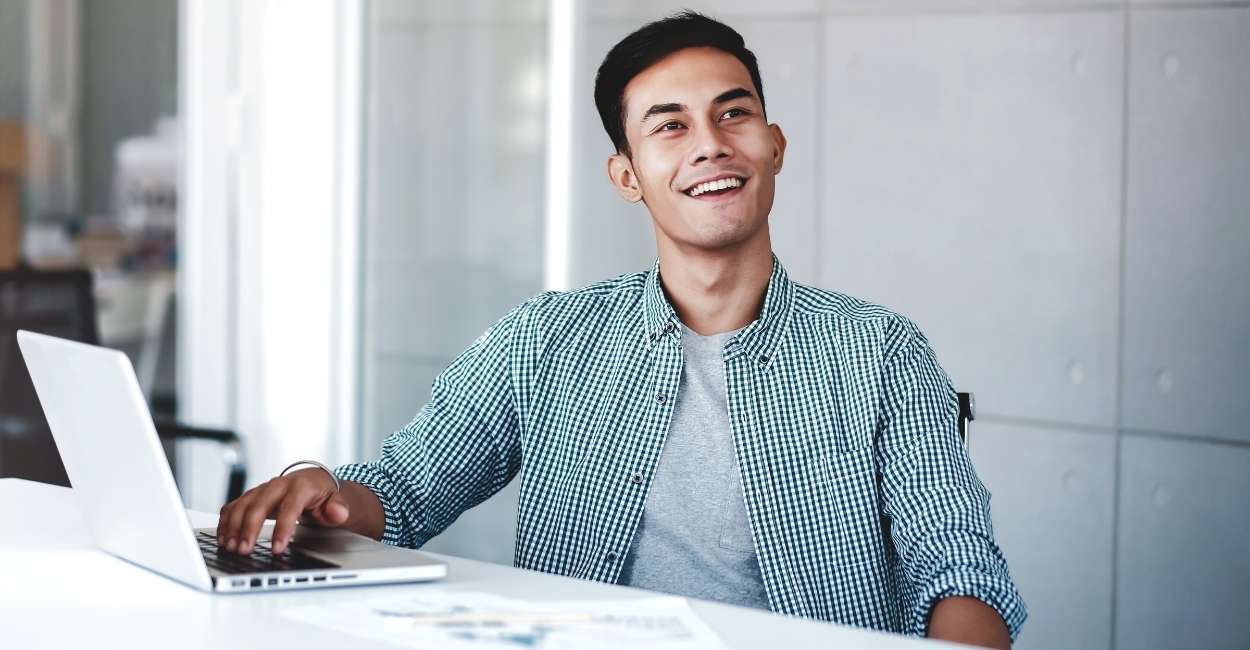 So, you met a type H personality at work… or you’re about to hire one? Wondering if you can balance your working style… or if they’ll be a good asset in your organization? Also anxious about whether I’m talking about the same H-type as you?

Well, good news! I’m talking about both… so, my think-piece will help you identify people with H-type traits who can give you everything you need or not.

After your employee or new candidate took the personality tests, if you found they can control their emotions, are stubborn about finding solutions, and are friendly and compassionate… they’re the healing type.

So, let’s find out what to expect from them in your organization…

1. They have good workplace boundaries

A type H employee has strong boundaries whether in their personal, social, or professional life. So, if they set their mind on something and build boundaries, they’ll abide by those.

For instance, an H-type employee has fixed working hours for every day, they won’t let anyone force them into working more than that. Of course, if urgent work gets delayed due to their mistake or carelessness, they’ll take responsibility and work on it.

They won’t unnecessarily give up their rest for an organization. They won’t get forced into working when they are sick. They’ll take their pay off and not let others guilt-trip them for that. They also won’t chase opportunities that are financially enticing but out of their scope.

They won’t entertain anyone even if they act innocent while violating their boundaries or try to negotiate their non-negotiable boundaries.

Just as employees with type H personality traits have good boundaries, they also respect others and their boundaries. Even if someone holds a different opinion, a type H co-worker or supervisor won’t force them to change their ideas.

They understand and respect the differences. Unless it’s something outrageous and might fail, they allow everyone a fair chance to prove themselves.

Even if a type H employee gets angry or dislikes how their co-worker acts, they don’t say anything hurtful. Instead, they only act and speak as much as required. They won’t let the negative emotions go to their head.

However, they might come off as too timid to others because they don’t act too strictly or aggressively like others, so people might try to take advantage of it or try to persistently influence them into things. They might take their ultimatums, feedback, and decisions lightly and not work on their issues.

3. They don’t let petty workplace jealousy get to them

This is unfortunately something everyone faces in vast organizations. Someone will be jealous of you and try to pull tricks behind your back to agitate you or spoil your performance.

When employees with H personality types face these situations, they don’t let those impact them at all. They don’t allow minor inconveniences or intentional troubles to unnecessarily worry them.

Even if their most trusted team member puts them in trouble, they don’t feel bad about it. They can keep their emotions and professional life apart. They instead focus on more pressing matters at hand.

On the other hand, during meetings, if someone criticizes their proposed ideas rudely, they don’t react to those and answer calmly. However, they might come off as too lenient at times. Unless they put their ill-wishers in the office at their places, they might continuously face these troubles.

4. They take care of their work by themselves

If your co-worker is an H-type, you probably noticed that they are the go-getters. When a plan doesn’t work, they don’t waste time by showing shock, grief, denial, or blaming. They accept troubles faster than ever and start working on them.

They don’t expect others to help them or take over their work for them. In teamwork, they don’t push the blame for the failure on others. They understand that these actions won’t help them at all and they might even lose opportunities this way.

Even during the worst moments, they never lose hope. Workers usually lose all hope when the bitter truth of failure knocks at the door. They can’t stay optimistic during these moments and give up sooner than they should. The result?

They overlook any possible opportunities!

You might say there weren’t any opportunities to start with, so what’s the difference?

Well, that’s the faith of a type H employee. They believe in God-sent miracles and work hard to find them. Their faith in miracles shows them the rare opportunities you might miss when they feel dejected.

However, they might waste their precious time and resources on the possible chances. If no miracle exists, that might be a huge loss for them and their organization.

Moreover, they can make such decisions only if they work solo or have some amount of influence. Otherwise, nobody might accept or allow such a decision if others don’t trust their beliefs.

6. They are quite into researching solutions

Suppose you delegated some tasks to a type H person and some trouble sprung out of nowhere. They will study the issue right from its roots to tips.

They won’t even stop after finding one solution as blunders happen and sometimes plans don’t work. So, they will seek more options just so they can have backup plans for the problem.

However, this approach might be time-consuming… This isn’t a good idea if the problem needs a quick fix. On the other hand, if the organization doesn’t have enough funds for research and investigation on further plans, that might also be troublesome.

7. They don’t mind accepting and correcting their mistakes

If a type H employee finds out that they made a blunder… whether once or a repeated one… they feel glad when someone points them out or they realize it by themselves.

They don’t feel ashamed of making mistakes or enraged that someone pointed it out. Rather they feel great that it’s not too late and they can still fix it. It makes them relax that the blunder is fixable because the problem rose due to their fault and not something that is out of control.

So, they can cope with feedback better than others and eagerly work on their flaws unlike most who feel ashamed of being called out.

8. They can motivate team members even through hardships

Type H employees are also known for their impeccable sense of humor and optimism. Even during the worst moments, they’ll cheer up their team with their fun side. They remind them that one failure doesn’t imply they are bad at anything. They lighten others’ moods and bring up team spirit.

The team members of a type H leader are always optimistic, laughing, satisfied, and striving for more. They can learn various values of life and can enjoy their work and accept success and failure with a proud face.

Of course, other teams might shame them for still having a smile plastered on their face despite the loss. But only the team members understand how strong they had to become for that simple curve on their lips.

9. They never hold grudges and believe in kindness

Type H people are compassionate and kind. So, in their workplace, they’ll act the same. They forgive others and themselves for past mistakes. They know that grudges against others will only make the professional relationship bitter. On the other hand, regrets and self-loathe will just drag their confidence and spirits down.

If the mistake wasn’t too grave, they might let them off with an ultimatum and give them another chance. But if the other co-worker has a history of mistakes, they won’t forget them even after granting forgiveness.

However, this trait comes with poor consequences. If the other person isn’t worth forgiveness, they might take this forgiveness for granted and not learn their lessons. Eventually, they’ll stir more problems if that’s the case.

Type H employees never let their fears overpower them. When the worst happens, they are aware that things might go south harder… but they always focus on the positives. They know that once they lose focus, crippling fear will engulf them. They aren’t ready to accept that poor fate.

Moreover, they also act the same when it comes to their health. They don’t think that their health concerns will worsen over time and stay optimistic. But this definitely has a negative impact.

If type H feels that their fever isn’t a big deal and they keep working, they’ll worsen their condition. Moreover, if they work from the office, they might even get others sick. Unless they are aware that they must stay at home when they get any contagious disease, it’s troublesome.

However, if the results of the personality tests weren’t about this, let’s know more here…

If this employee or interview candidate shows the traits of the H-type of HEXACO (honesty-humility, emotionality extraversion, agreeableness, conscientiousness, and openness to experience) model, then you have an honest person on board. So, know what to expect from them here…

1. They are one of the most trustworthy and responsible employees

Employees with a high H factor in personality have great morals, ethics, and beliefs. They can’t even imagine hurting others and believe in staying loyal and truthful to those that believe in them. They take care of any responsibilities they are given. They even honestly refuse a task out of their scope, even if it pays a lot.

Their morals and work ethics will make you proud and wish there were more such employees. If you’re a subordinate, you’d wish to be just like them.

On the other hand, employees with low levels of the H factor in their personalities have poor morals. They can’t be entrusted with important or delicate tasks. They might need to be trained longer to understand how the office works.

2. They can’t get along with employees with poor morals

However, they forget that having a low H factor doesn’t always make someone guilty. People can change for the better while they mature. So, a high type H employee might misjudge a low type H employee. They won’t be good as a team.

Moreover, the high type H employee might specifically act mean to the low type H one… even though they have good morals. They are extremely judgmental of the H factor or morals.

So long as a high type H person’s basic financial needs are met, they won’t ever work harder just for money. In a way, it’s good that they aren’t materialistic because they won’t sell any info to others just for money or fortune. They’ll never imagine betraying you just for it.

However, there’s also a negative part to it. They also don’t feel motivated by increments, bonuses, recognition, or even paid leaves. They aren’t greedy types, so they won’t try to work harder for this advantage. You can’t inspire them to work more just for the heck of more money. If they are stable and content with their money, that’s it… you have no option.

Before you judge your co-worker or a new candidate for your workplace, remember that all H-types (either of the two kinds) aren’t the same. Human beings are unique based on their life experiences.

People change and so does the intensity of their traits and how they react in different areas of life. So, give the other person a fair chance to prove themselves, and you’ll find the best answer!