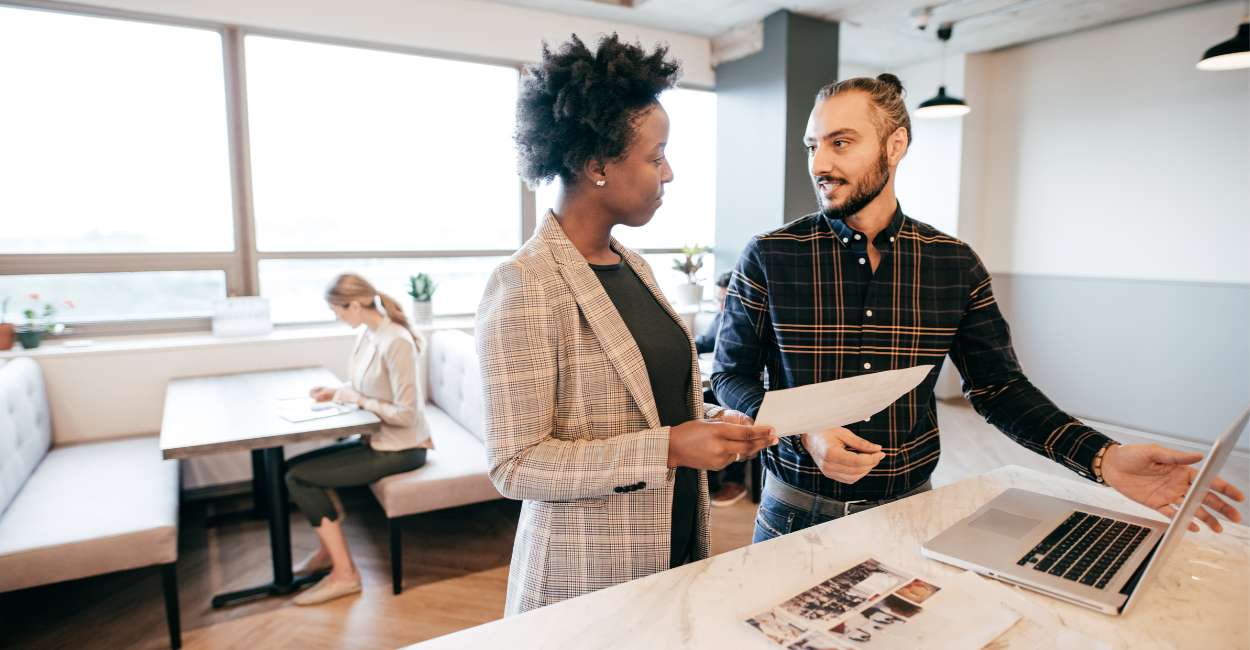 INTJ careers opportunities include jobs that allow them for critical and rational thinking. INTJs are keen to work in complex systems where they will get a chance to analyze, explore, and experiment with diverse things.

People with INTJ personalities are intuitive thinkers. Thus, they always strive to see the big picture and ignore the details.

They believe what their gut feeling tells them and chooses organized job roles where they know what to expect from their work in future.

These individuals are intelligent, smart, and fiercely ambitious. They prefer to accomplish complex goals and will never settle for anything less than perfection.

In this article, we will discuss some common career options for individuals with the INTJ personality type.

Many places commonly use the Myers-Briggs Type Indicator (MBTI) as a simple and effective personality testing tool. This test classifies human beings as having 16 personality types. One of those is the INTJ personality type.

The acronym INTJ refers to an introverted, intuitive, thinking, and judging type of individual.

Just like any other personality type, INTJs also have some unique skills and characteristics. For this reason, they may be a very good fit for certain particular jobs. Similarly, some other specific career paths may not be a good choice for INTJ types.

They are comfortable with abstract ideas and prefer to work in career roles that allow them to turn their exceptional ideas and imaginations into reality. Some of their preferred career roles include engineering, financial advisors, economists, biophysicist, and any other roles that are analytical and innovative.

In this article, we will discuss some common career options for individuals with the INTJ personality type.

An INTJ would be a perfect fit working as a police officer. INTJ individuals have strong commitment and willpower. They also love to follow rules and regulations. Not only that, but they also want people around them to strictly follow rules. So, they would love to uphold the law.

One can understand that this follows from the previous point. Just like a police officer, a detective also essentially upholds the law. As we already mentioned, this is something that INTJs would love.

Apart from that, an INTJ type individual also has good observational and analytical skills. They can assess any scenario and quickly make some interesting observations that any other person would tend to overlook. They are also good problem solvers. Qualities like these make sure that INTJs would flourish as detectives.

INTJs would enjoy working as a data analyst. This is because they have good analytical skills. They have a logical and rational thinking mindset. Moreover, they also have good observation powers. Even when they are looking through large volumes of data, they can swiftly spot the smallest errors in them. All of these characteristics make INTJs skilled at data analysis.

This is also another field where INTJs can build successful careers. Computer science, as a subject itself, can be very appealing to an INTJ. This is because these individuals love working with critical data. Their logical and rational mind would help them to achieve success in this line of work.

This profession also follows from the previous field. One requires high levels of knowledge in computer programming to be successful as a game developer. But apart from that, one would also need to have a creative outlook.

This is something that an INTJ also possesses, in addition to their rational thinking skills. Thus, by utilizing a combination of their rational and creative skills, an INTJ can achieve professional success as a game developer.

At first glance, such a job role may seem inappropriate for an INTJ. Because an INTJ doesn’t like social interactions, he or she may be unsuitable in a corporate work environment.

But in reality, INTJs have some qualities which can be good attributes for project managers. One of those is the ability to see the big picture. INTJs are often far sighted. In a corporate world, managers often need to think of the long-term consequences of the work that they are doing. Being an INTJ becomes an advantage in this case.

To tell the truth, an INTJ is overqualified to be a librarian. But this is a field where an INTJ can find pleasure mixed with work.

Being introverted, INTJs do not like social interactions. The role of a librarian does not involve talking to many people. This is something that can appeal to an INTJ.

But more importantly, an INTJ finds immense happiness in enriching their knowledge. They love reading books of all kinds. By becoming a librarian, they can find a lot of free time to read whatever book they want.

An architectural career for an INTJ should not come as a surprise to anyone. As a matter of fact, one of the common nicknames of the INTJ personality type is “the architect”. INTJs have a strong creative mind.

Apart from that, they are also smart, intelligent, and critical thinkers. This unique combination of creativity and intelligence proves to be of great value to an architect.

An INTJ type of individual would flourish in a career as a scientist.

INTJs are hardworking individuals. Unlike most other people, INTJs love working with large amounts of data. They are also very meticulous and methodical. Most INTJs are quite intelligent and rational minded.

Qualities like these can help an INTJ become successful as a scientist. Famous scientists Sir Isaac Newton and Stephen Hawking had an INTJ type of personality.

A mathematician is also a role where an INTJ can find success. INTJs are good at logical thinking. They are naturally talented at problem solving. They may become so engrossed in their work that they forget to eat, sleep, or take a bath.

INTJs love working with numbers and data. They are quite devoted to whatever work they do. Sincerity is a natural trait for an INTJ.

For all these reasons, INTJs would be naturally primed to become successful mathematicians.

At first glance, this may come as a surprise. But if we think about it, this makes quite sense. An INTJ possesses a well-functioning creative mind; and we all know that creativity is the most important skill needed to become a writer.

Apart from that, INTJs are also logical and rational thinkers. For this reason, they would be skilled at writing fictional works.

INTJs are also avid readers. They love to read a wide variety of books from any genre. They can use these as inspiration.

The role of a director is probably the most important one, in the production of a movie. INTJs love this position of power. They are good at delegating others.

Being a director also requires one to use their creative mind, as well as problem solving skills. Thus, an INTJ can become quite successful as a film director. A great example of this is multiple awards-winning directors like Christopher Nolan.

As we have mentioned before, INTJs are quite passionate about upholding the law. They can achieve this in the field of law studies as well. Their logical thinking mindset and creativity can help them achieve success in this field. Because INTJs love problem solving, they are naturally driven to put together compelling cases that are bound to be successful.

The job of a surgeon requires strong will. A surgeon would need to keep calm under stressful situations, and work critically. INTJs can keep calm under pressure. They are also problem solvers by nature.

They would view every operation as a unique challenge. This motivates them to go out and tackle the problem successfully. As physicians, they will get into the detailed past history of the patient before making the right diagnosis.

Similar to a scientist, an engineer is also a position where an individual would have to work with large amounts of data. Because of their hard-working nature and methodical approach to any work, INTJs would find success as an engineer.

Here are some common careers that INTJs should avoid:

In this article, we have discussed some common career choices of INTJ type individuals. They can use their love for the law to become a police officer or a lawyer.

They can also use their problem-solving skills and critical thinking ability to succeed as a scientist, mathematician, or engineer. If you are an INTJ who is wondering which career path to follow, we hope this article can help you decide!